“Our revenge will be to survive,” says the character Ana to Michael in the feature film, The Promise. This lesson introduces students to the efforts by genocide victim populations to respond to the violence against them. Using the feature film, The Promise, students are guided through readings, discussions, and exercises about the Armenian Genocide and the different forms resistance can take. 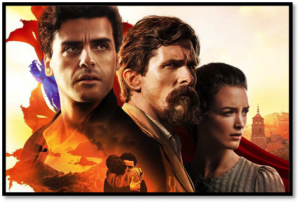 The Promise follows the lives of three people through World War I and the Armenian Genocide. Written and directed by Terry George (Hotel Rwanda), the story traces the experiences of an American journalist (Chris), his Armenian wife (Ana) who has just returned from studying in Paris, and an Armenian man (Michael), from a provincial village, recently arrived in Constantinople to attend medical school. They find themselves in the midst of the most famous moments of resistance during the Armenian Genocide—the resistance at Musa Dagh (“Mountain of Moses” in Turkish; “Musa Ler”, in Armenian). During a critical scene, Ana tells Michael, “Our revenge will be to survive.”

After learning about the Armenian Genocide and the resistance at Musa Dagh, students explore various aspects of different forms of resistance against violence.  (Use he “Download” button in the bottom left corner of this page.)

Teachers can contact The Genocide Education Project to request a DVD of The Promise which producers have made available for classroom use.

Also download Sara Cohan’s article from Social Education, “A Brief History of the Armenian Genocide” for this lesson plan.

The Promise producers created this study guide to provide historical context to many of the key scenes.