A Resource Kit for Teaching about the Armenian Genocide

The Armenian Genocide as seen on PBS 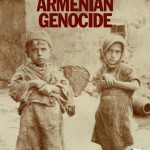 The Armenian Genocide is the complete story of the first Genocide of the 20th century – when over a million Armenians died at the hands of the Ottoman Turks during World War I. This unprecedented and powerful one-hour documentary, was written, directed and produced by Emmy Award-winning producer Andrew Goldberg of Two Cats Productions, in association with Oregon Public Broadcasting.

Featuring interviews with the leading experts in the field such as Pulitzer Prize-winning author Samantha Power and New York Times best-selling author, Peter Balakian, this film features never-before-seen historical footage of the events and key players of one of the greatest untold stories of the 20th century. The Armenian Genocide is narrated by Julianna Margulies and includes historical narrations by Ed Harris, Natalie Portman, Laura Linney and Orlando Bloom, among others.

The DVD may be purchased via this link. A free download of the Armenian-Genocide-Documentary-Teaching-Guide is available here.

The Committee on Conscience at the United Stated Holocaust Memorial Museum

The Committee on Conscience (COC) provides information on current genocides and on possible genocidal activities today. It contains a wealth of resources on the history and definition of genocide. More recently, the Web site has added resources specifically for educators and students.