In celebration of the 100th anniversary of the Republic of Armenia’s first independence, The Genocide Education Project and the ANCA-San Francisco Bay Area present the work-in-progress 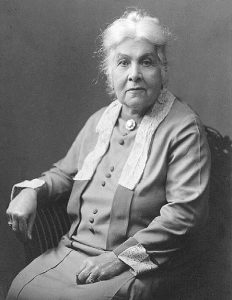 a historical docudrama by filmmaker Mimi Malayan,great-granddaughter of Diana Apcar
including a short presentation on thecentennial of Armenian independence
and a post-screening Q&A with the filmmaker (free of charge)
Saturday, May 19th, 10:00 am – 12:00 pm
Koret Auditorium, San Francisco Public Library
100 Larkin St (at Grove), San Francisco, CA 94102

Diana Agabeg Apcar was appointed the honorary consul of the first Republic of Armenia to Japan, at a time when most women in the developed world did not even have the right to vote. Born in 1859 in British India (Burma), to descendants of Armenians from New Julfa, Apcar attended school in India and became an ardent writer, authoring numerous books, poems, and letters, many about the injustices committed against Armenians by the 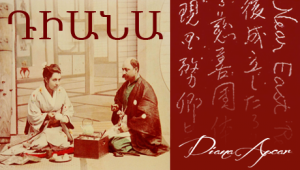 Turks.  Apcar intensely and successfully advocated for and facilitated the transportation, lodging, and safe passage of hundreds of Armenian Genocide survivors through Japan to America.

THE STATELESS DIPLOMAT is an original film by Apcar’s great-granddaughter, using Asian-inspired scrolling animation, a moving musical score, and dramatized readings from Apcar’s memoirs and letters, to tell the story of this indefatigably selfless, cultured, and deeply committed humanitarian.