The Academy of Motion Picture Arts and Sciences has announced that The Other Side of Home is one of the final 10 contenders in the Academy Awards’ Documentary Short Subject category.

GenEd invites you to come learn about and celebrate GenEd’s activities and achievements and experience The Other Side of Home, with special guests, Director, Naré Mkrtchyan and Executive Producer, Iliana Guevara.

The Other Side of Home is a moving, personal documentary by Armenian-American filmmaker, Naré Mkrtchyan (40 min).  The film is one of the 10 documentary shorts that have a chance at becoming a 2017 Academy Award nomination.

Naré travels to Turkey in April, 2015, on the occasion of the 100th anniversary of the Armenian Genocide, during which 1.5 million Armenians were systematically murdered by the Ottoman Turkish government.

Naré meets Maya, a Turkish woman who has recently discovered that her great grandmother was a survivor of the Armenian Genocide. Maya struggles to reconcile her dual identity, personifying the painful, unresolved conflict between the two nations and the manifold damage from generations of official Turkish denial of the Armenian Genocide. The documentary follows Maya as she decides to take part in the centennial commemoration of the genocide in Armenia to try to come to terms with her conflicted identity. 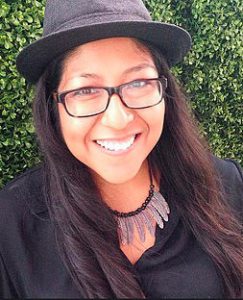